Just who was Saint Patrick, and why do we celebrate him once a year with bright green clothing, three-leafed shamrocks, and lots of beer? Those are all very good questions.

St. Patrick’s Day is not just an American tradition. It’s a global celebration of Irish culture and in particular, of Saint Patrick. For those of you who don’t know, Saint Patrick was a Christian missionary known as the “Apostle of Ireland.” If he was a fan of Corned Beef and Cabbage, I couldn’t say, but one thing is for certain, Saint Patrick is credited with bringing Christianity to Ireland.

The original color of Saint Patrick was blue and not green. According to the Smithsonian Magazine the original color was a sky blue, known as “St. Patrick’s Blue.” It would be a crazy different sight if Chicago dyed their river blue instead of green each year, wouldn’t it? But alas, thanks to some interference on behalf of the Tudor King, eventually the color green became the color of St. Patrick’s Day instead.

Four-Leaf Clovers May Bring Luck But…

The three-leafed shamrock is actually the symbol of St. Patrick’s Day. Do you know why? It’s probably not what you think, but it seems that Saint Patrick was a pretty craft guy. According to several sites, including Celebrating Holidays, Saint Patrick used the shamrock to teach the Holy Trinity to the Irish. Now, it’s a symbol seen just about everywhere on St. Paddy’s Day! Pretty cool, huh?

But Why Do We Drink So Much Beer?

Such a great question! I’m not a huge beer fan, but from time to time I like to indulge. St. Patrick’s Day is always happy to oblige with the abundance of green beer. In fact, according to Fortune, about 13 million pints of Guinness will be consumed on March 17th. Holy moly that’s a lot of beer!

But the question is, how did beer become so popular? Well, St. Patrick’s Day began as a feast day, held in honor of the man himself on the anniversary of his death. Christians were allowed to put aside Lenten restrictions on food and alcohol consumption. And that evolved into all the drinking of beer!

Whether you’re putting together a great Irish dinner menu, relaxing at home, or heading out to celebrate Saint Patrick’s Day this year, you’ll hopefully have some new facts to share with friends.  And, while they say there’s a pot of gold at the end of the rainbow, you might want to steer clear of the leprechauns that are most likely protecting them. As always, have a safe and wonderful holiday!

How Do You Celebrate St. Patrick’s Day? 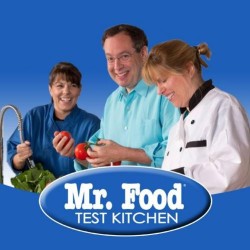 Latest posts by Natasha (see all)

Thanksgiving is almost here and Christmas is just around the corner! That means you early planners are already putting together this year's menu. If … END_OF_DOCUMENT_TOKEN_TO_BE_REPLACED

So why am I crazy about the slow cooker? Let me tell you. There is a stereotype that college students live off of microwave pizza, cereal, and instant … END_OF_DOCUMENT_TOKEN_TO_BE_REPLACED