Do you like it when your food has a little heat to it? I sure do! I grew up eating peppers in basically all of my food. My dad, who was the main cook in my house, was always sticking them in everything – beans, soup, fricassee…you name it. And if he didn’t have peppers, then he would make sure there was plenty of hot sauce on top of his dishes. As you can imagine, it’s made me pretty tolerant of spicy foods.

Before we begin, you should know that the spiciness of a pepper is measured using the Scoville scale, and is usually described in Scoville heat units (SHU). The SHU tells you how much capsaicin (the chemical that makes them spicy) is in the peppers. The range of the SHU is 0 to 2,200,000, with 0 not having any spice at all. How spicy a pepper is depends on a lot of factors, including the soil and climate of where it’s grown. Nowadays, there’s technology that measures this, but did you know that when Wilber Scoville first created the Scoville chart SHU was determined with taste-testing?!

Since I’ve had my fair share of peppers I thought I’d share some information about different types of peppers, as well as some recipes with peppers you may want to try. Don’t worry, not all peppers are super spicy. The different types of peppers I’ll be sharing range from very mild to hot-hot-hot (for you those of you who are feeling a little more adventurous!). This list isn’t all-inclusive (there are thousands of pepper varieties out there!), but these are some that I was able to find in my grocery store and that you may have come across in yours, too.

These peppers don’t really have any heat to them. They’re all the way at the bottom of the Scoville scale. However, that doesn’t mean they don’t have a ton of flavor! We love cooking with these in the Test Kitchen and have used them to make everything from stuffed bell peppers to pepper rings. You may have even seen the smaller bell peppers sold in your grocery stores, which are great for snacking on as-is, or for dunking into a homemade hummus or ranch dressing. 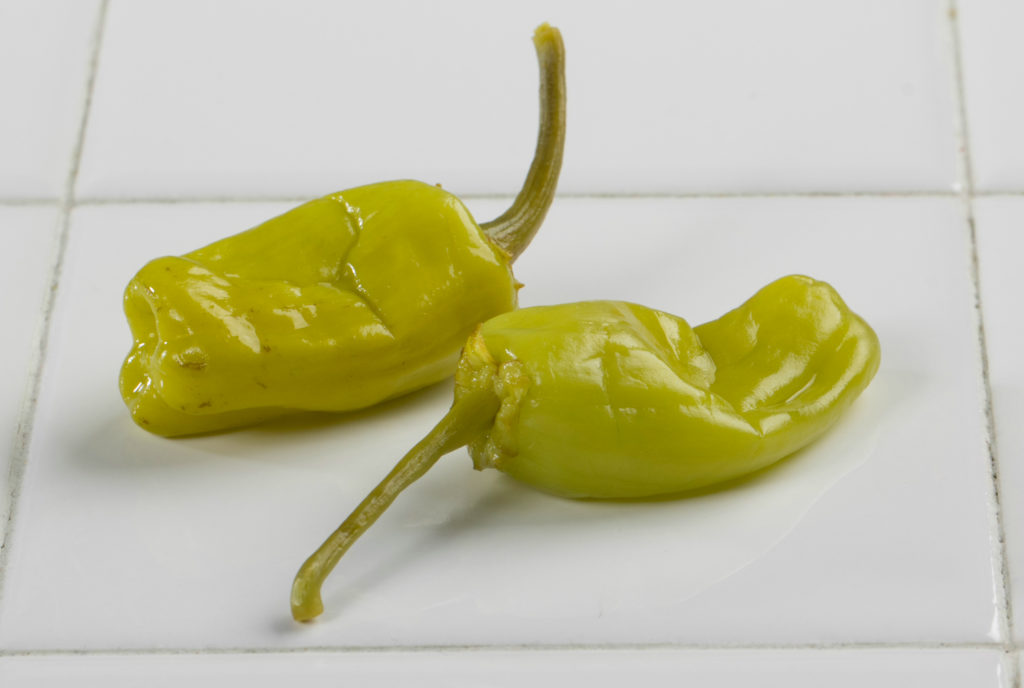 This is another mild pepper that’s frequently pickled and enjoyed in Italian dishes. It’s commonly used in antipastos, salads, and sandwiches. Lots of people also enjoy eating these peppers with their pizza! 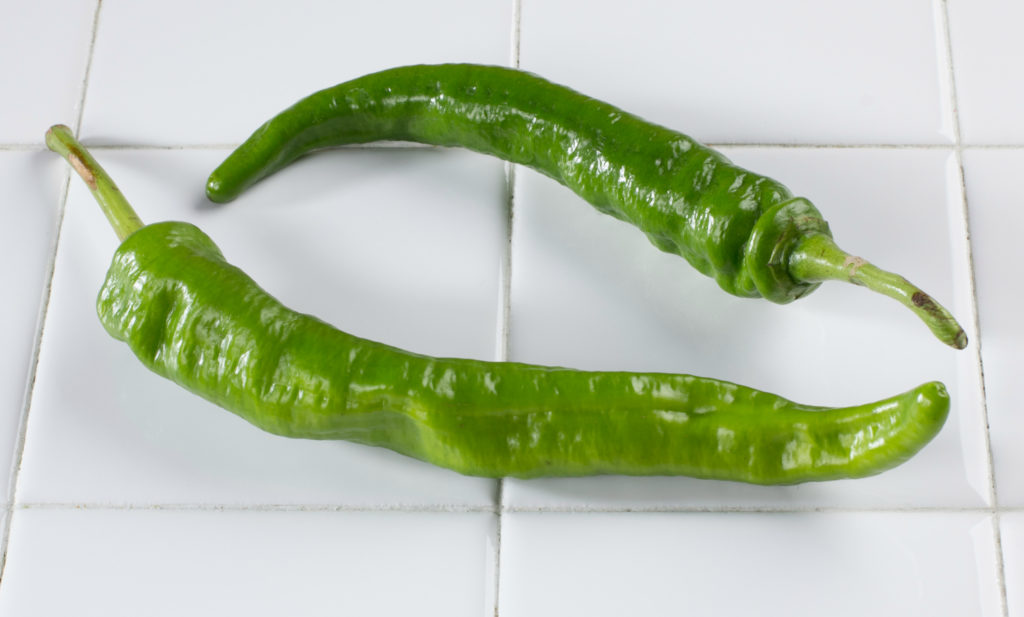 While these peppers may look like scary witches fingers, there’s nothing scary about their heat. This is another mild and sweet pepper that’s traditionally used in Caribbean cooking. They’re not the best for stuffing, since they are a little thinner, but some people still eat them this way. They are also commonly fried. 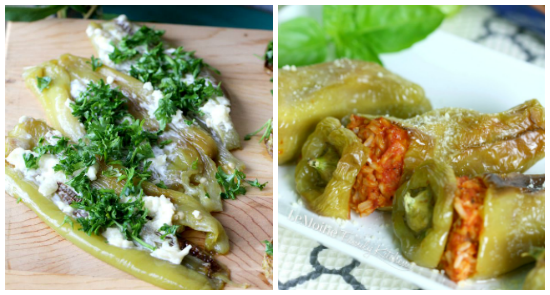 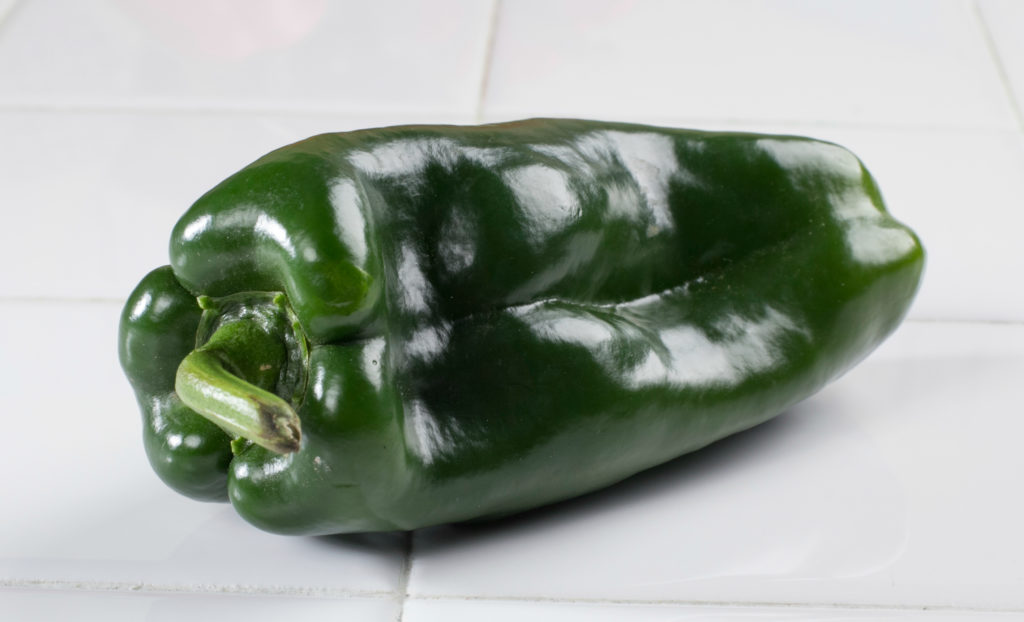 While this pepper is still fairly mild, it does deliver just a little bit of heat. It’s Mexico’s most popular pepper and it’s used in many Mexican and Southwestern dishes. One of the most popular ways to use them is to make “chile rellenos,” which translates to “stuffed peppers.” 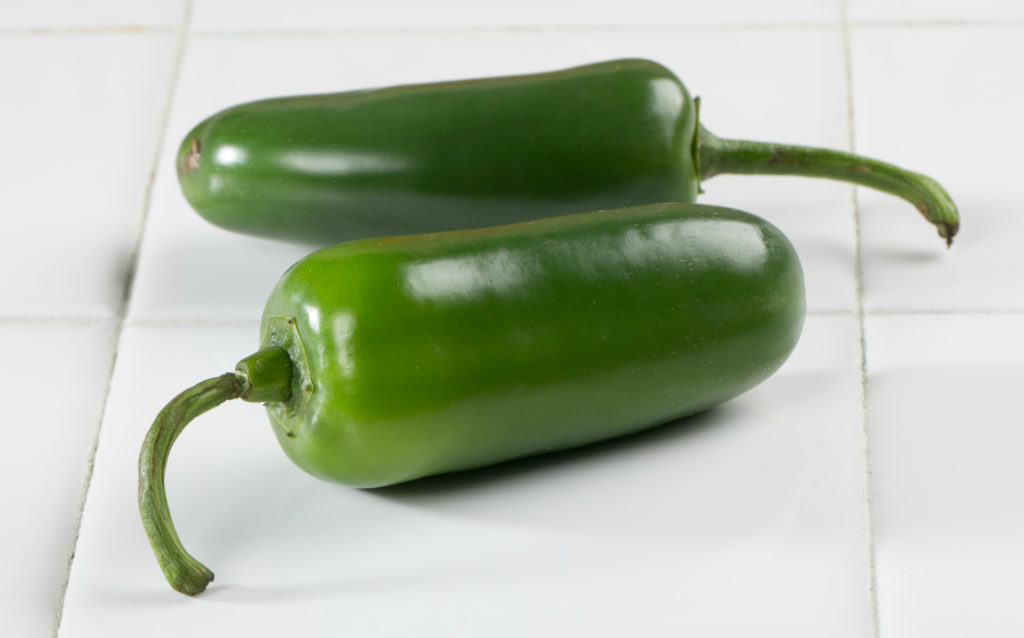 Ah, the jalapeño pepper. For a lot of people, this is as spicy as it gets. This pepper is pretty popular and can be found pretty much everywhere. It’s used in all kinds of recipes, from hot sauces and salsas to casseroles and chicken dinners. These peppers can add a nice kick to anything! 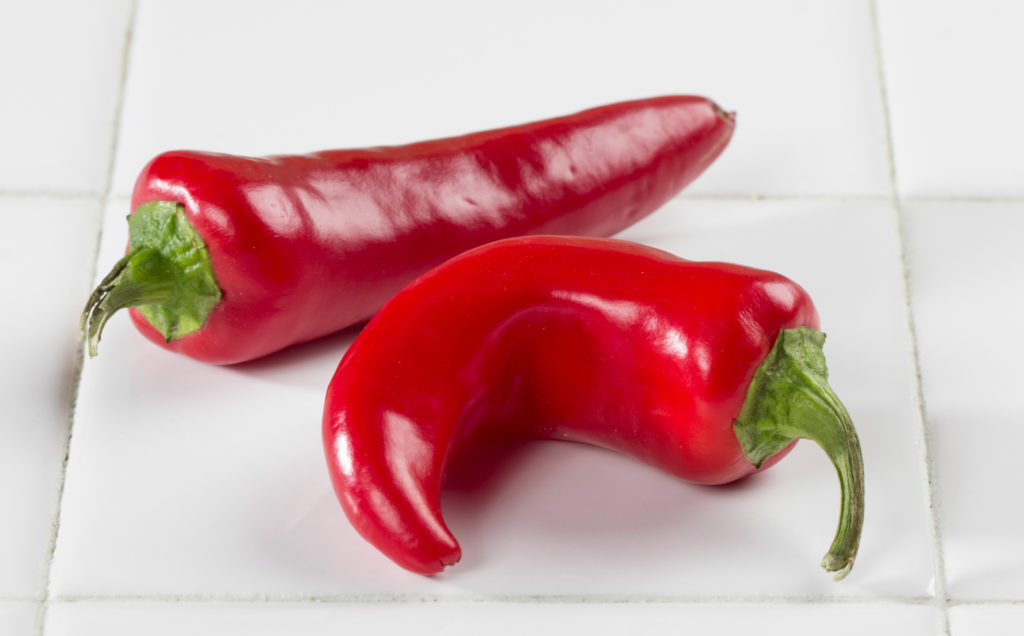 If you’re craving just a bit more kick than a jalapeño pepper, you might want to try the Fresno pepper, which your grocery store may refer to as a “red chili pepper.” These peppers can be used in the same ways that jalapeño peppers can be used. By the way, did you know that red chili peppers are actually jalapeños that are allowed to ripen on the vine longer? Same with the yellow, orange, and red bell peppers. They all start out green and are just allowed to ripen longer. 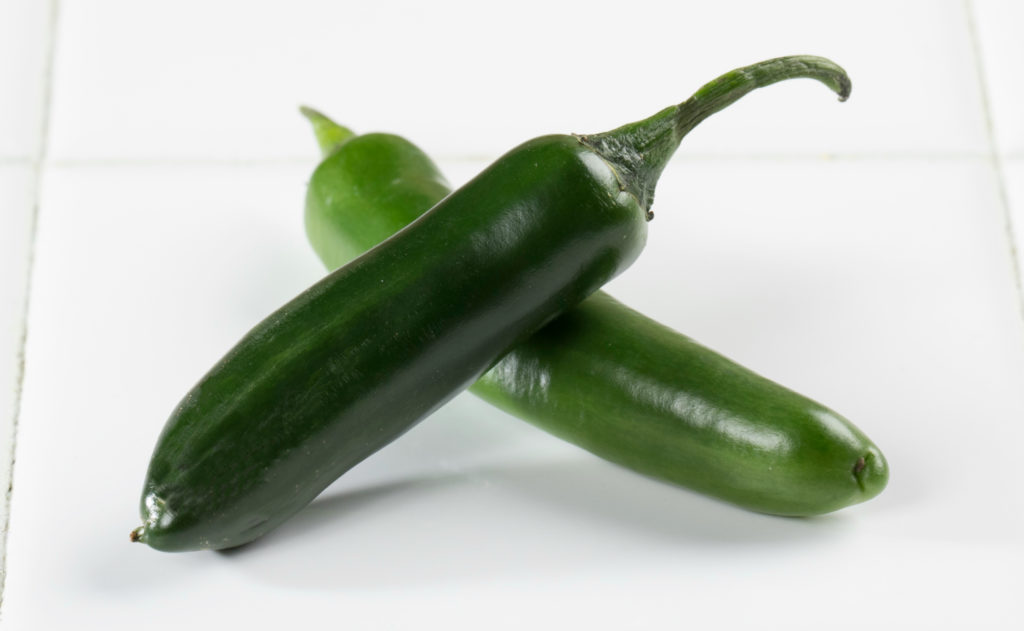 These peppers may look a little like jalapeño peppers, but you don’t want to get them confused! Serrano peppers are about five times hotter than jalapeño peppers. Since they’ve got a thinner skin, these are great for making salsa! 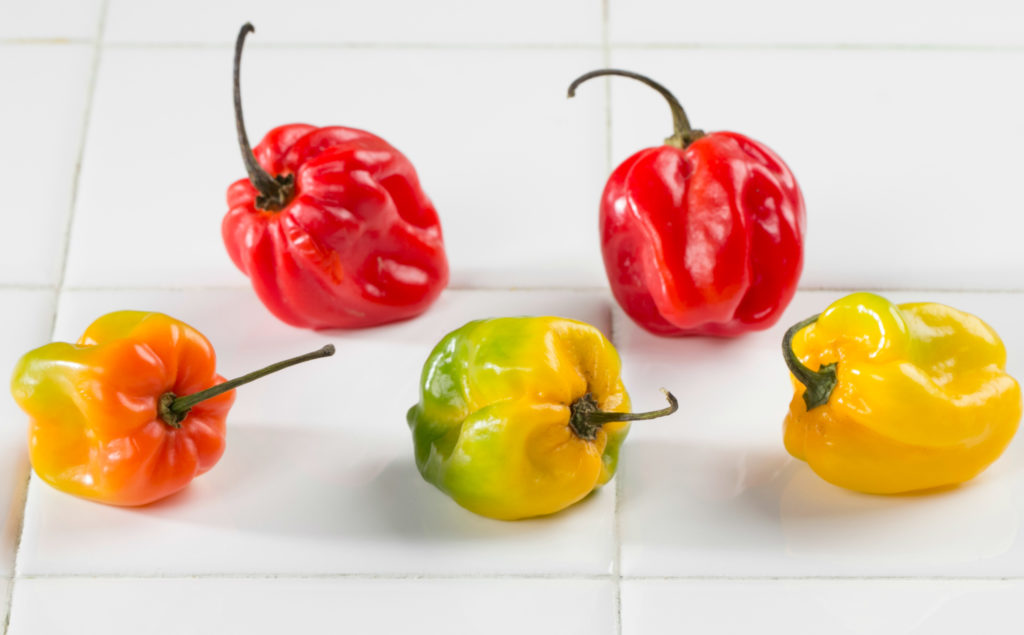 If you’re feeling really adventurous, then this is the pepper for you. The Scotch bonnet pepper has the same SHU as a habanero pepper (you may find these more easily in your supermarket). This pepper is found all over the Caribbean and is used in many Caribbean dishes and in many of your favorite super-spicy hot sauces. Proceed with caution. (Remember when I said I grew up eating peppers? Well, habanero/Scotch bonnets are some of my dad’s favorites, so these were the peppers used in many of our meals!)

Whew! I hope you enjoyed learning about some of the different types of peppers that you might find in your supermarket. To learn more about peppers, including some recommended ways to cool your taste buds after eating them, be sure to listen to our brand new radio-style show. We even sampled a few of these on air, so you’ll have some idea what to expect (be prepared to laugh).

Do you eat spicy foods?

Thanksgiving is almost here and Christmas is just around the corner! That means you early planners are already putting together this year's menu. If … END_OF_DOCUMENT_TOKEN_TO_BE_REPLACED

So why am I crazy about the slow cooker? Let me tell you. There is a stereotype that college students live off of microwave pizza, cereal, and instant … END_OF_DOCUMENT_TOKEN_TO_BE_REPLACED