I think I’ve been excited for fall flavors ever since the spring. There’s just something about throwing on a cozy sweater and snuggling up with a mug of warm apple cider that makes everything else in the world just fall into place. Growing up, I always loved our weekend family outings to the small local apple orchard just outside of town. I’d dart in and out between the trees, standing on my tiptoes to try to reach that one dangling fruit that always seemed to be just out of reach. We’d bring home way too many, and I’d happily munch on apples with peanut butter with my lunch every day.

Now that I’m old enough to know how to use an oven safely, I’m in awe at the sheer variety of apple recipes at my disposal. Unfortunately, being an apple chef is not my full-time job, so I’m forced to pick and choose which recipes to make and which to save for next year. I’m starting to think that making a homemade Twister-style spinner might be the only way to choose fairly.

If you care to join me in a state of can’t-make-’em-all agony, check out a few of my favorite apple recipes from around the web.

Salted Caramel Apple Hand Pies from Just a Taste: I love that these are essentially mini pies on the go. I can throw a couple in a baggie and take them with me as I run errands around town and get to enjoy apple pie just about anywhere. 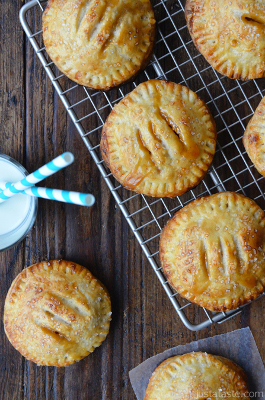 Apple Pie Cinnamon Rolls from The Hopeless Housewife: Everyone knows that apples and cinnamon are a match made in heaven, so when I saw that one of my all-time favorite breakfast foods was taken to the next level, I had to check out this recipe. Can you imagine how amazing these would be fresh, warm, and gooey? I’m almost drooling just thinking about it! 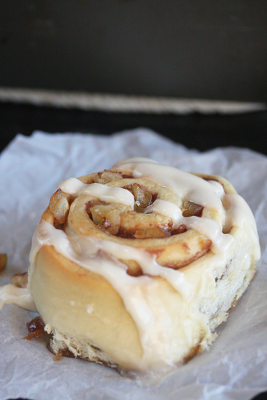 Homemade Sparkling Apple Cider from Creme de la Crumb: It’s not officially fall until I’ve had a steaming hot mug of apple cider. I think I might have to make an exception, however, to try this cool, bubbly drink. If you have tons of leftover apples from the apple orchard, you can try making your own apple juice, or if you’re looking for a bit of shortcut, pick up a carton of already-made apple juice and whip this easy apple recipe together in no time. 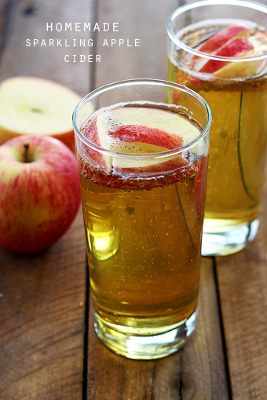 Apple Butter Snickerdoodles from Crazy for Crust: So it is my belief that snickerdoodles are the single greatest cookie to have ever been created. (If you’ve never tried our own version of Cake Mix Snickerdoodles, you’re missing out.) When I saw that there’s now an apple butter version of my favorite cookie, I almost thought I heard the heavens open up. 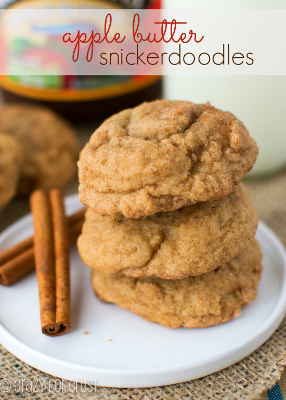 Glazed Apple Crumb Muffins from Sally’s Baking Addiction: I’m a sucker for crumb muffins. Every time I walk into a coffee shop and see them sitting so innocently in the display, I regret the fact that I don’t have telekinetic powers and can’t, in fact, magically float one into my hand. I could, however, make a batch of these irresistible treats and feel just as satisfied. 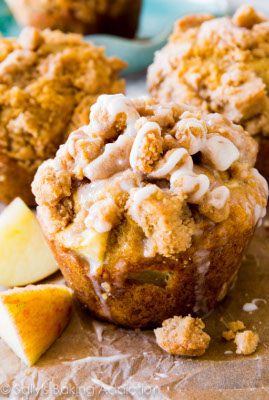 Slow Cooker Apple Crisp from AllFreeSlowCookerRecipes.com and Eat at Home Cooks: I don’t even have to bother filling my house with apple-scented candles and potpourri; all I need is a handy slow cooker apple recipe, like this delectable classic apple crisp, and not only will my home smell like a fresh autumn day, but I get to finish the evening off with a delicious treat. 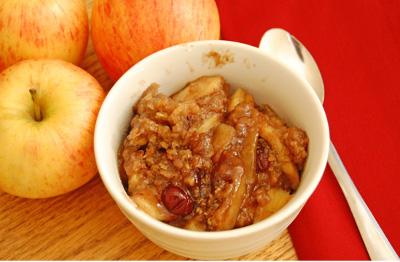 I’ve also got a few apple recipes from our own sites I’ve been eyeing. I’ve been especially interested in our Apple Coffee Cake, Upside-Down Apple Pie, Nutty Apple Bars, and Cinnamon-Sugar Apple Rings. Plus, if this isn’t enough, we’ve got a collection of 34 Easy Apple Recipes you won’t want to miss.

We’ve got a few must-read how-tos to make apple season more enticing than ever.

How to Keep Apples from Turning Brown

How to Core an Apple

How to Peel an Apple

Do you have a go-to apple recipe that you’ve gotta make every year? Tell us about it in the comments below!

Thanksgiving is almost here and Christmas is just around the corner! That means you early planners are already putting together this year's menu. If … END_OF_DOCUMENT_TOKEN_TO_BE_REPLACED

So why am I crazy about the slow cooker? Let me tell you. There is a stereotype that college students live off of microwave pizza, cereal, and instant … END_OF_DOCUMENT_TOKEN_TO_BE_REPLACED