If you like late-night pancakes, and a before-bed plate of steaming scrambled eggs and freshly cooked bacon strips, then you, my friend, are a fan of brinner. What is brinner you ask? It’s simple! Brinner is breakfast for dinner, and if you’re anything like me, then brinner is something that happens at least a few times a month.

One of the reasons why I like to have breakfast for dinner so often is that it’s easy. In fact, I do brinner on nights when I really just don’t feel up to cooking. I had one of those nights not too long ago…

I was sitting at my desk here at the Mr. Food Test Kitchen office, thinking about what to eat for dinner (sometime shortly after lunch), when I realized I had a ton of things to do after work and wouldn’t have much time to spend in the kitchen. I also knew my boyfriend was coming over, and that he is a fan of the diner that’s near my house, so I decided: I’ll bring the diner home!

After glancing through all of the mouthwatering breakfast recipes on our site, I found one I knew we both would love: Farmer’s Skillet Breakfast. It’s got hash browns, eggs, and veggies, but the best part was that I could pick up most of the ingredients from the freezer case without having to do any prep work!

After a quick trip to that big discount megastore we all love to shop at, I had all of my ingredients. I decided to use a frozen seasoning blend that included peppers and onions, instead of dicing them myself. Just another quick and convenient shortcut! I put about a cup and a half of that blend into a skillet with my butter.

Then, I dumped in the hash browns and stirred it all up. I stirred it a few times while they sat in the pan and cooked.

About 10 minutes later, I took a spoon and made indentations in the hash brown mixture, then cracked an egg into each one. I thought it looked so pretty! 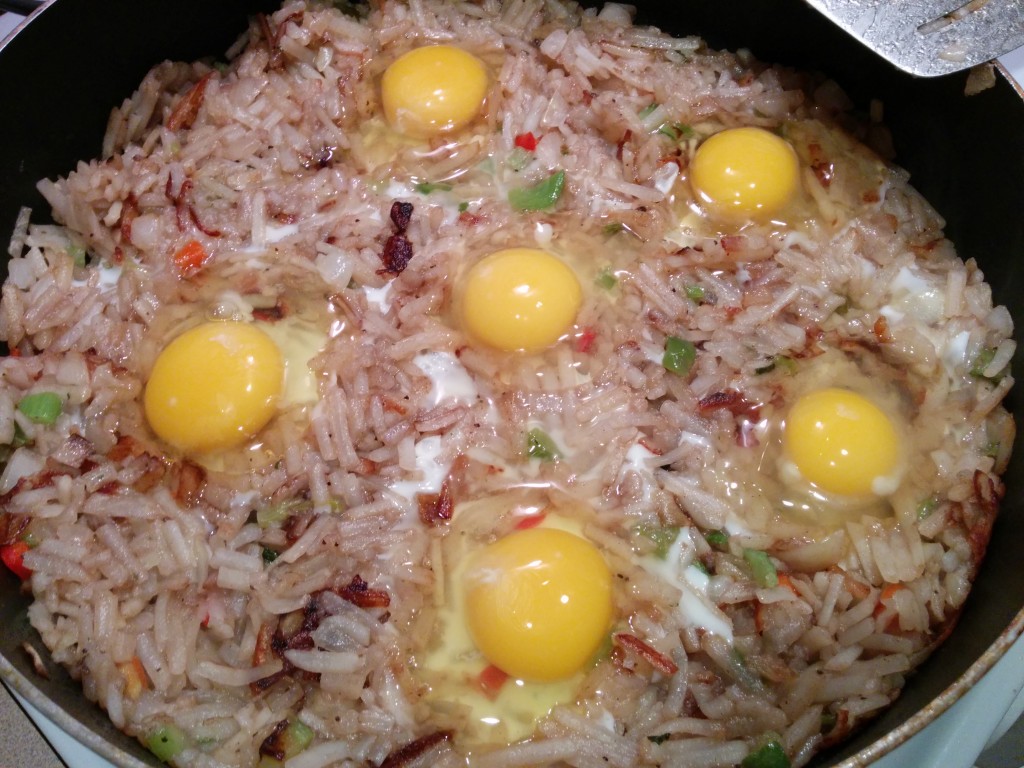 After covering and letting it cook for another 7 minutes or so, it was all done! My boyfriend likes his eggs over-easy, while I like mine really runny and yolky (the better to dip bread in), so you can see how I was able to do this by keeping my eggs a little father from the center of the flame on my stove. 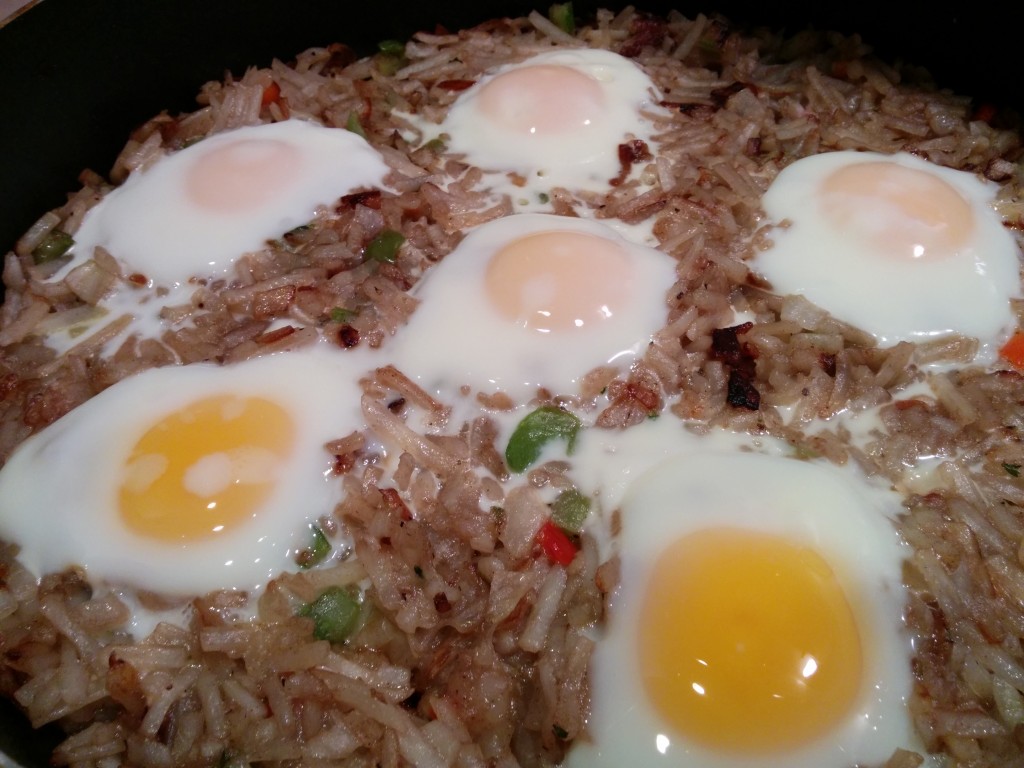 Just so you know…I totally relived this as lunch the next day, too.

I served this with a couple of slices of bacon and those buttery, flaky, refrigerated biscuits that come in a can. (My boyfriend was so excited about getting the can to ‘pop’!) It was the perfect brinner. 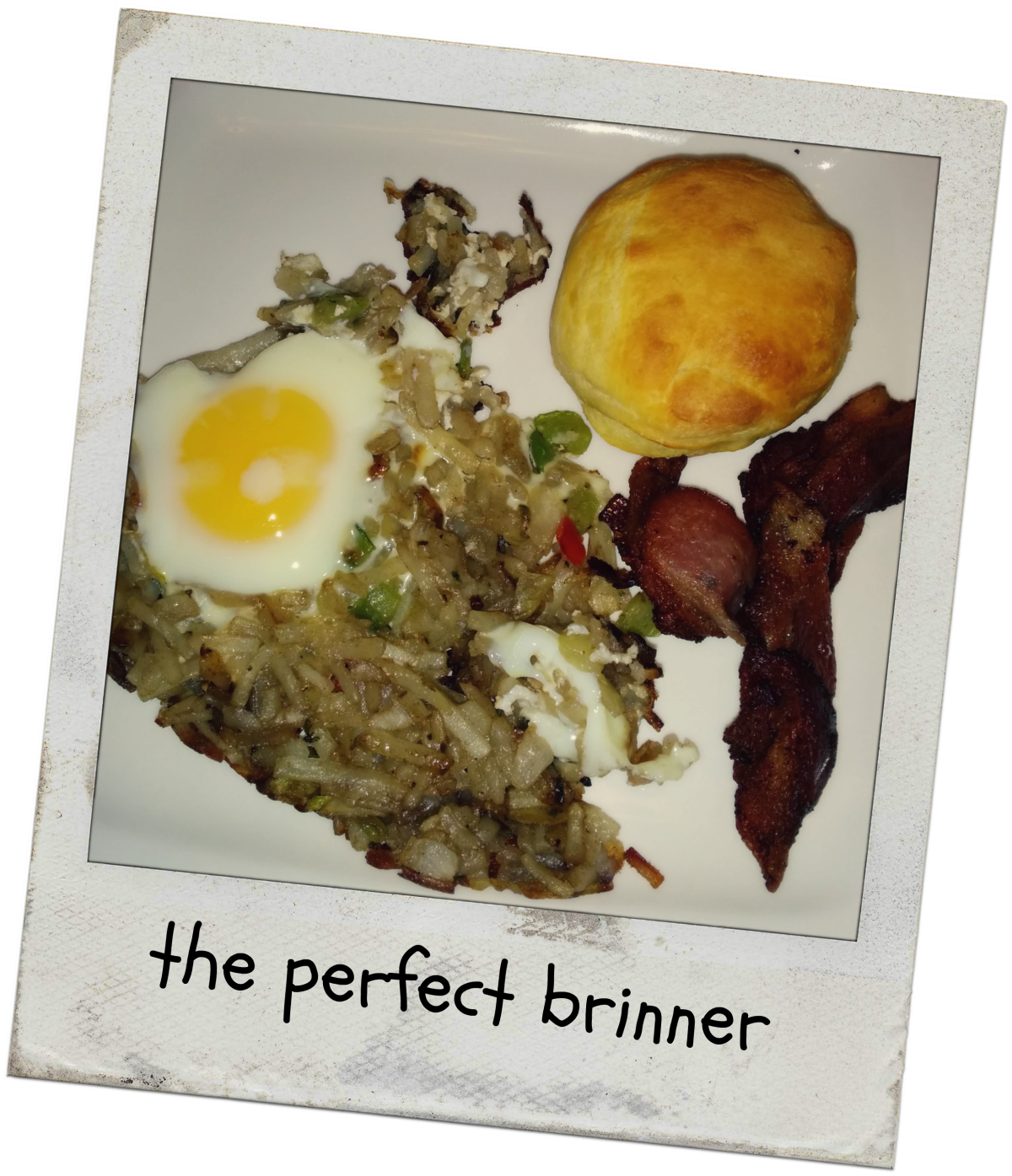 Of course, there are a ton of quick and easy breakfast for dinner ideas available on our site and on the Easy Home Meals site! Check out some of the other yummy ones I found below! 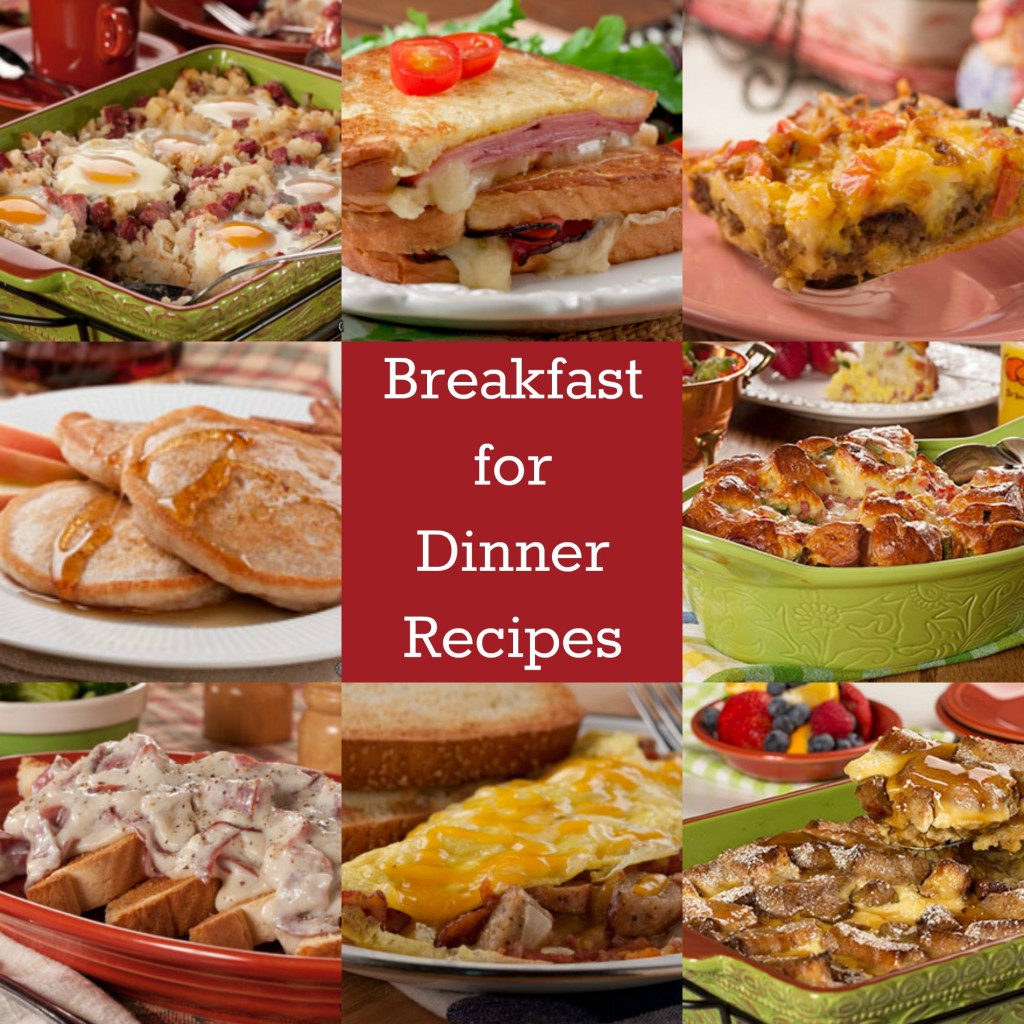 Which of these breakfast for dinner recipes would you try?

Thanksgiving is almost here and Christmas is just around the corner! That means you early planners are already putting together this year's menu. If … END_OF_DOCUMENT_TOKEN_TO_BE_REPLACED

So why am I crazy about the slow cooker? Let me tell you. There is a stereotype that college students live off of microwave pizza, cereal, and instant … END_OF_DOCUMENT_TOKEN_TO_BE_REPLACED