Have you ever had the chance to see a military battleship in person, or walk across the same deck that many United States sailors work on every day in their line of work? I never had, until I had the chance to go aboard the USS Cole with the Mr. Food Test Kitchen while it was docked at Port Everglades, in Fort Lauderdale, for Fleet Week. 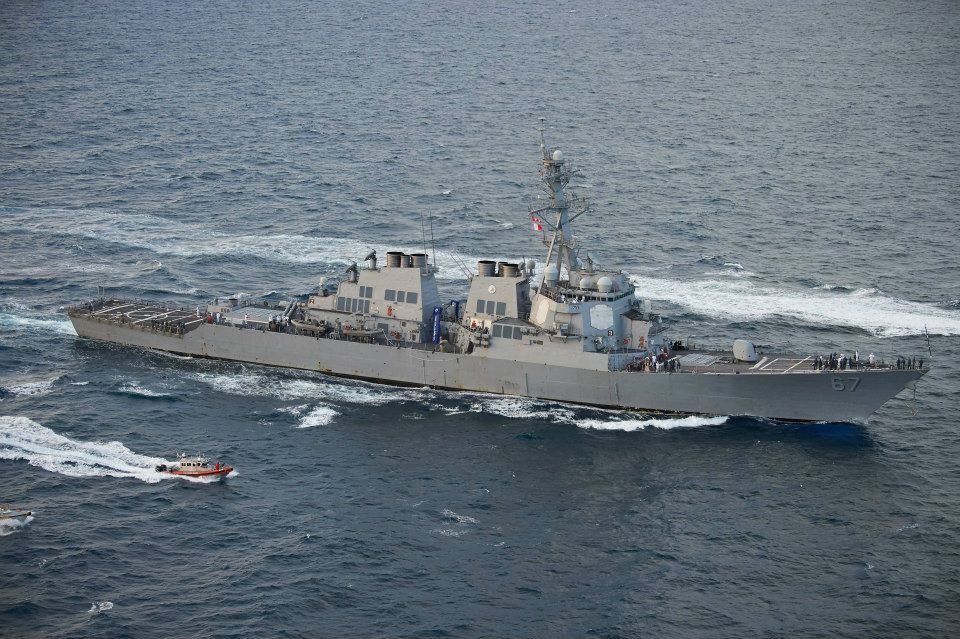 Check out this great shot, shared on the Fleet Week’s Facebook page!

Let me tell you, seeing one of these boats in real life and speaking with the men and women who work, play, eat, and live on them for most of the year was an unforgettable experience. And while I’m more than happy to share photos and stories of my experience (along with a really cool giveaway!) I really think it’s worth it to take a guided tour of one of these boats on one of their many stops around the country. (Don’t worry, the U.S. Navy has special events for inland cities too!) 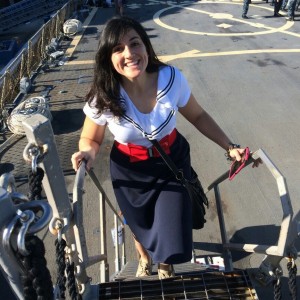 That’s me, happy to be aboard the USS Cole!

The ship we got to tour was the USS Cole, a 17th Arleigh Burke-class guided missile destroyer, which basically means that it’s a boat built to carry and launch guided missiles. You might have heard about the USS Cole; it’s the same ship that was the victim of a terrorist bombing attack in Yemen back in 2000. Amazingly, this incident didn’t put the USS Cole out of commission. Just a few years later the ship was repaired and has been deployed to locations all around the world since. 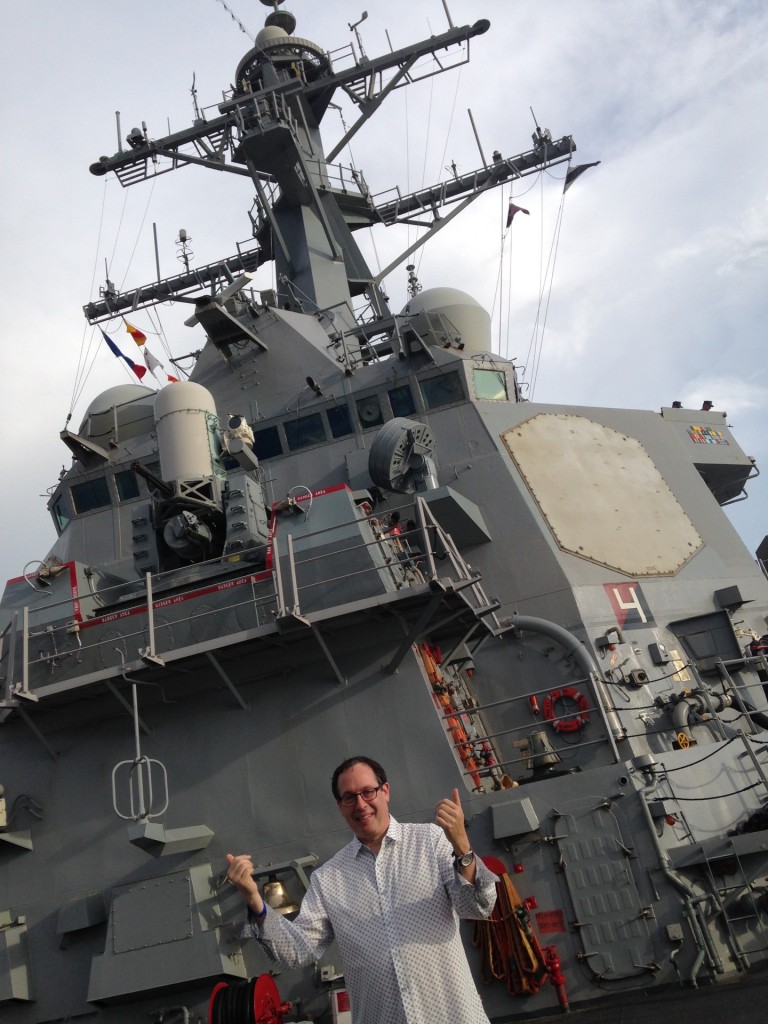 So, why was the Mr. Food Test Kitchen team on board the USS Cole? Well, we were there to tape some shows that would highlight the ship, as well as be a part of a very special breakfast, hosted by Avocados from Peru, honoring our servicemen and women with a delicious and healthy buffet featuring avocados. 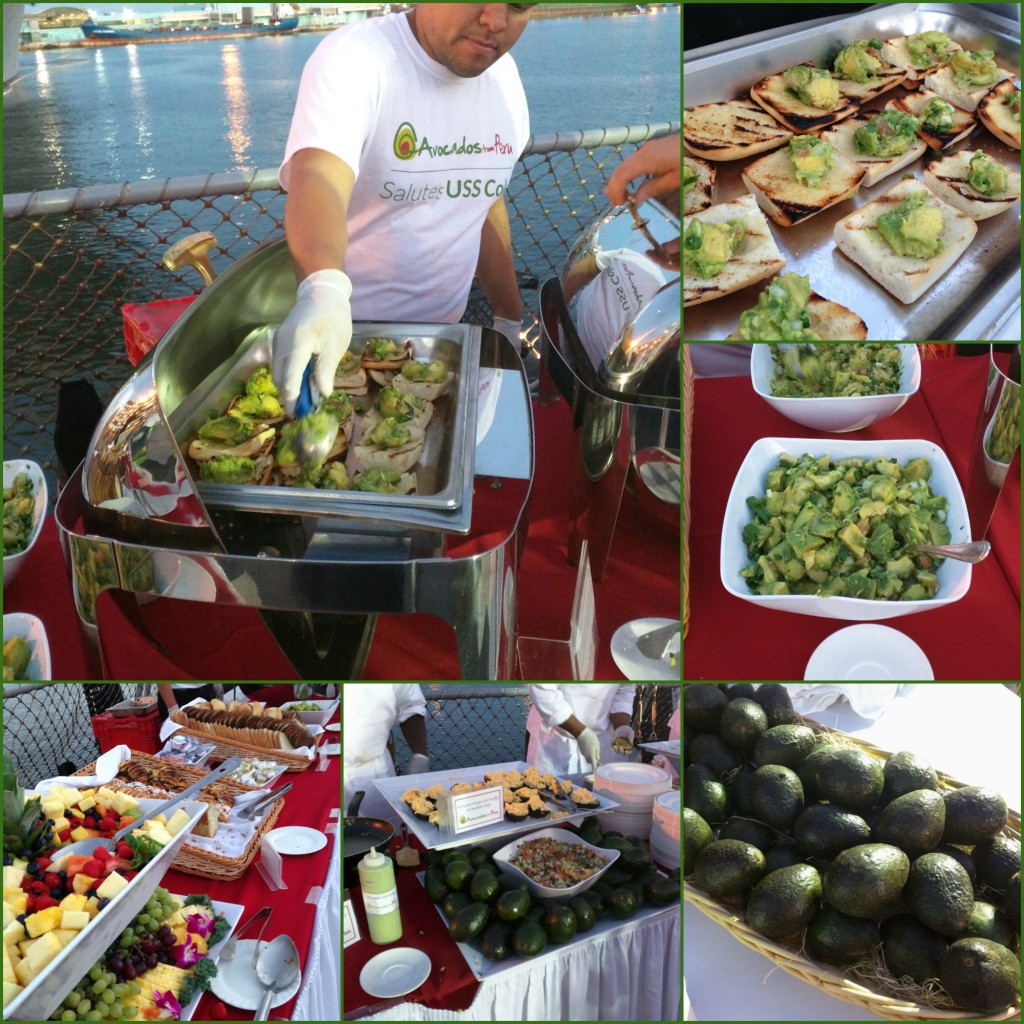 If you don’t already know, avocados are loaded with nutrients, including almost 20 vitamins! And they’re not just part of a healthy lifestyle, they taste great too! What was included on the menu for these brave sailors? Among the many delicious avocado breakfast dishes the sailors ate were Avocado Breakfast Boats and Ciabatta Toast with Avocado Butter. There was even an Avocado Ketchup!

Of course, our hard working sailors did more than just eat their avocados…

These sailors made their own version of an avocado boat! 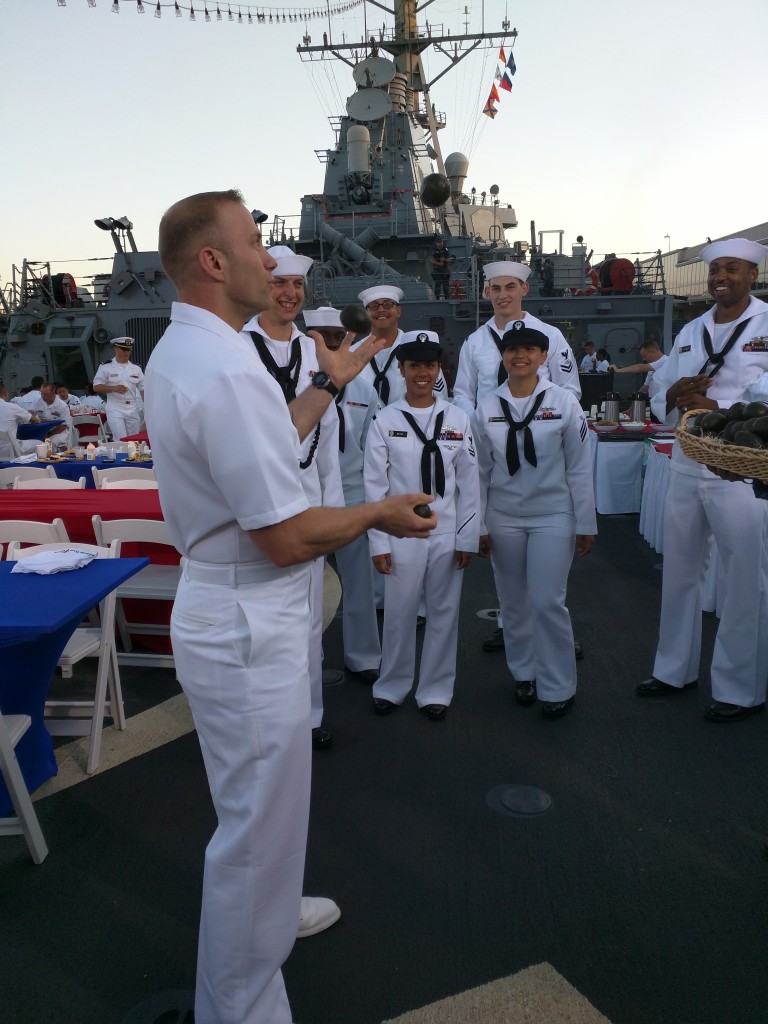 One officer even demonstrated his avocado juggling skills!

Of course, eating the avocados was still the most popular choice. 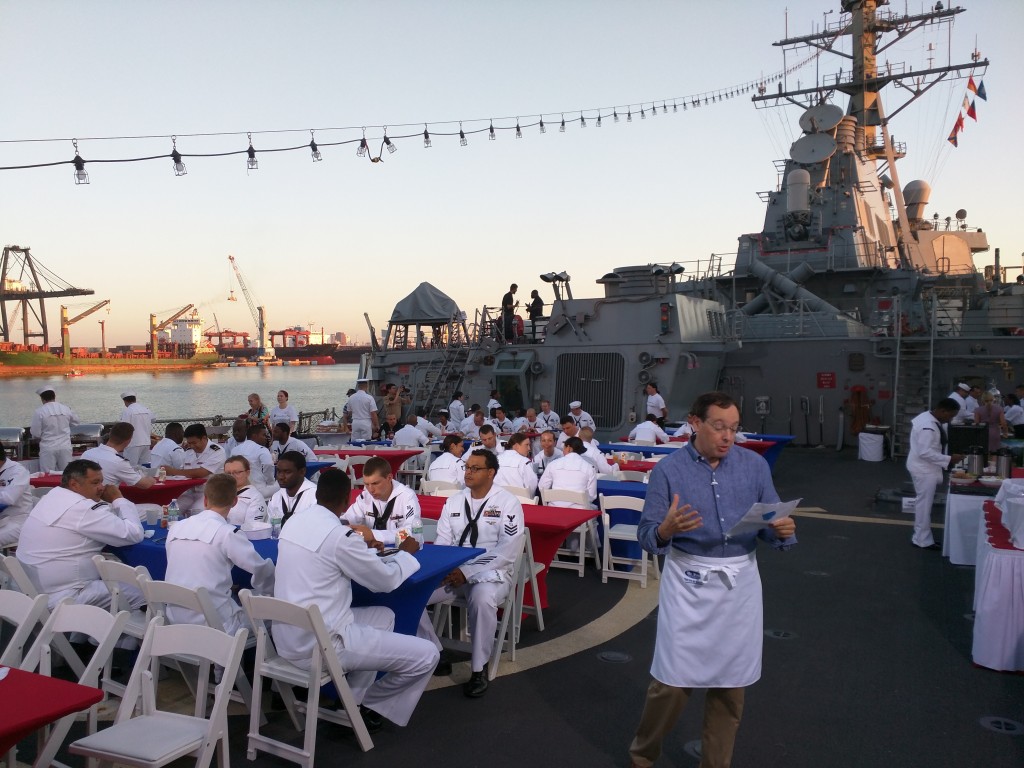 Check out this behind-the-scenes shot as we taped our show!

After everyone had their fill of avocados and other breakfast eats, we got to tour the ship. Of course, one of my favorite stops was “Hero’s Cafe,” which is where these sailors normally eat while they’re out at sea. 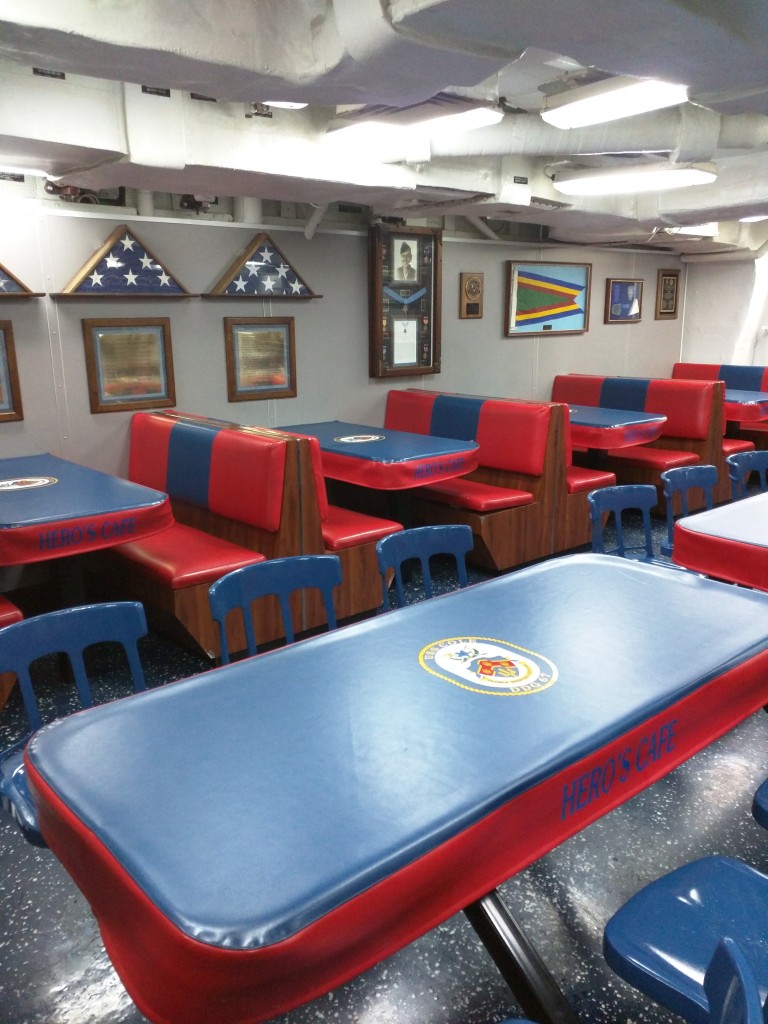 Culinary Specialist 1st Class John Mobley is in charge of the kitchen on the USS Cole: 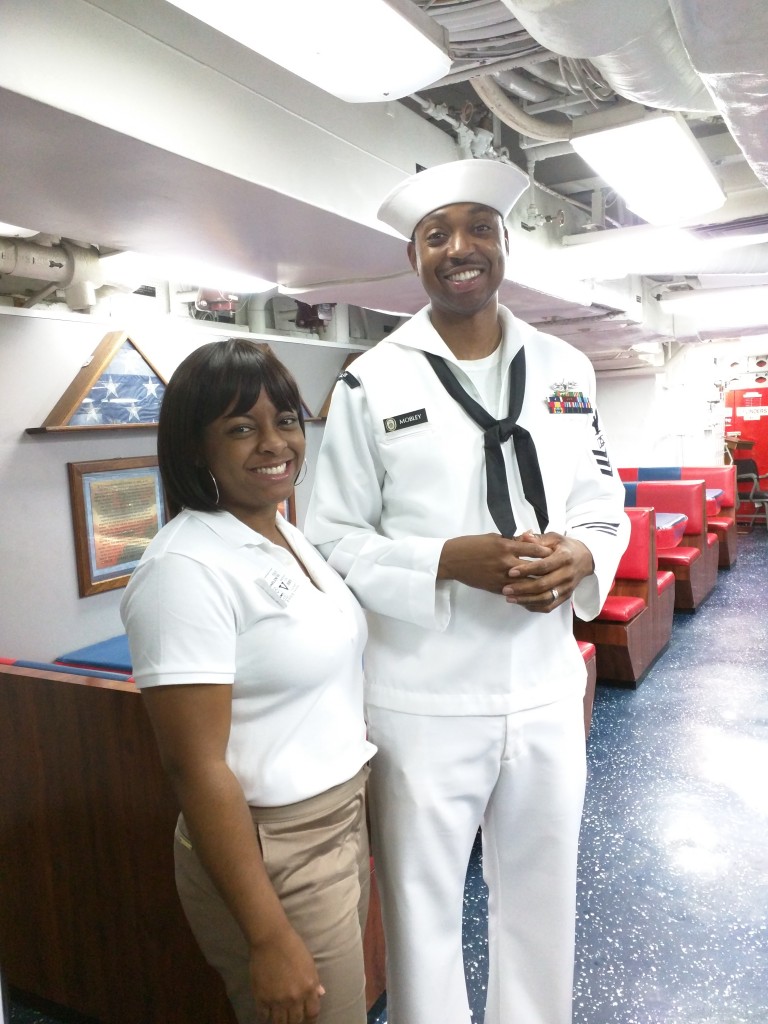 1st Lieutenant Hannah Taylor was our tour guide, and she was great about showing us different things on board the ship: 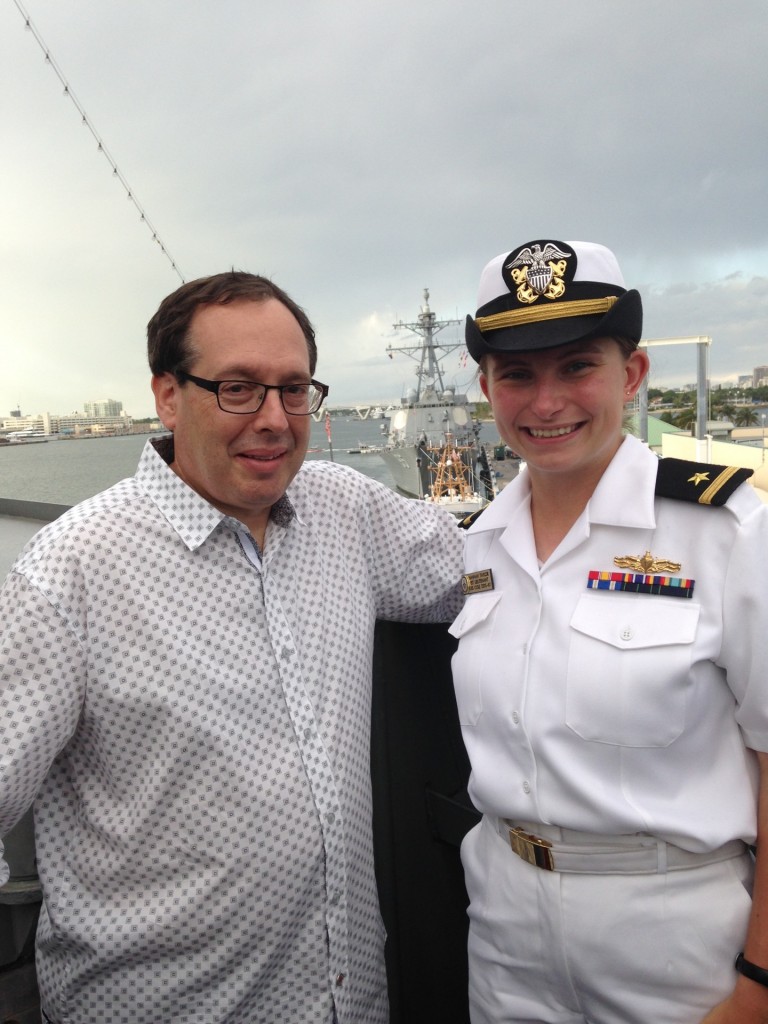 She took us down the Hall of Heroes, which commemorates the 17 soldiers who died during the terrorist attack in 2000. In this hall you’ll find a plaque with their names, ranks, and ages. The floor in this hallway has 17 gold stars to represent each soldier. The gold stars are polished every morning and the sailors take care not to step on them. 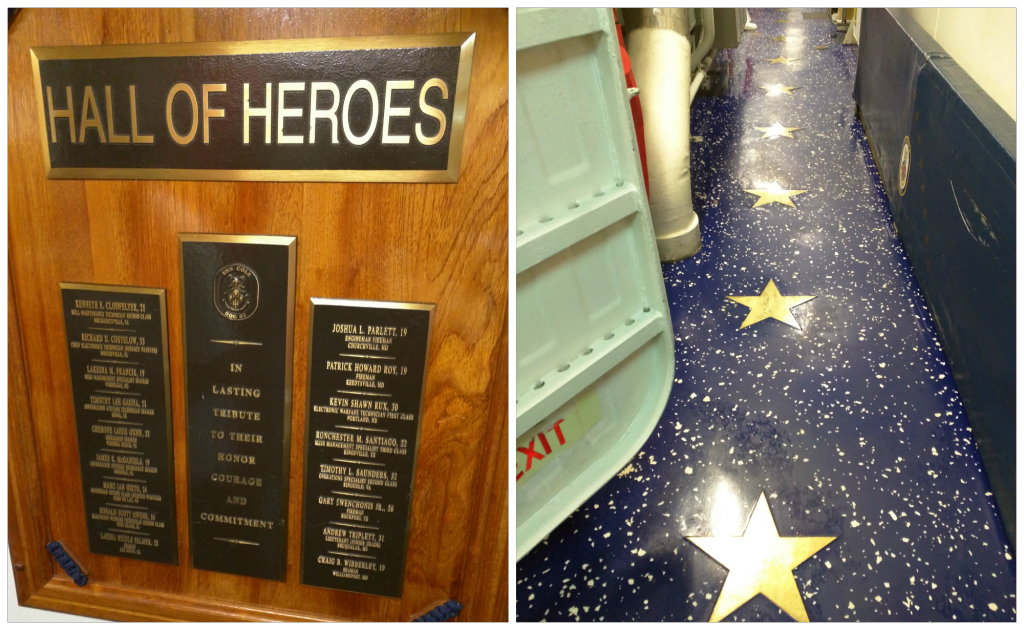 She also took us to the food storage room for a sneak peek at how much food the USS Cole keeps on board: 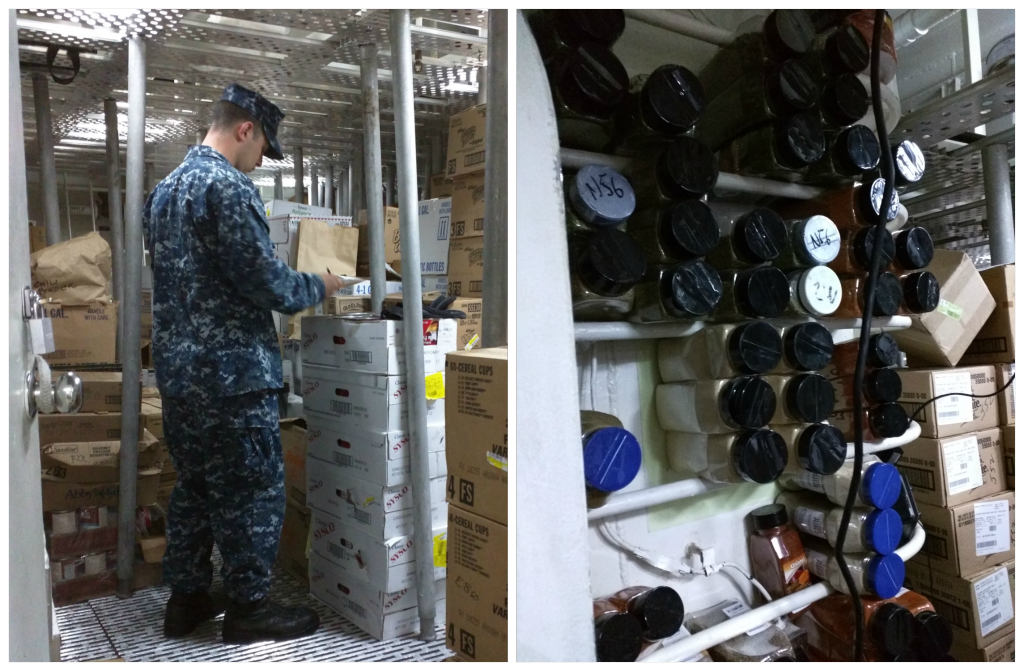 Left: This sailor was taking inventory! Right: Look at all those spices!

Howard wanted to check out the wheel of the ship and see what it would feel like to sail this ship, so up we went: 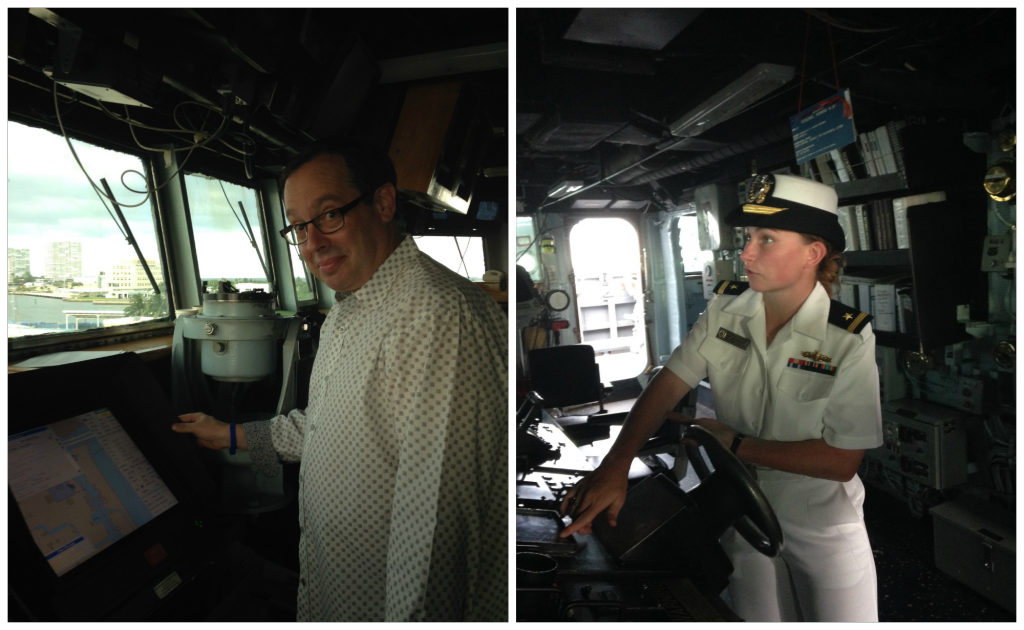 At 8am sharp, we got to witness the raising of the flag. All the ships that were docked did it at the same time, following the same procedures: 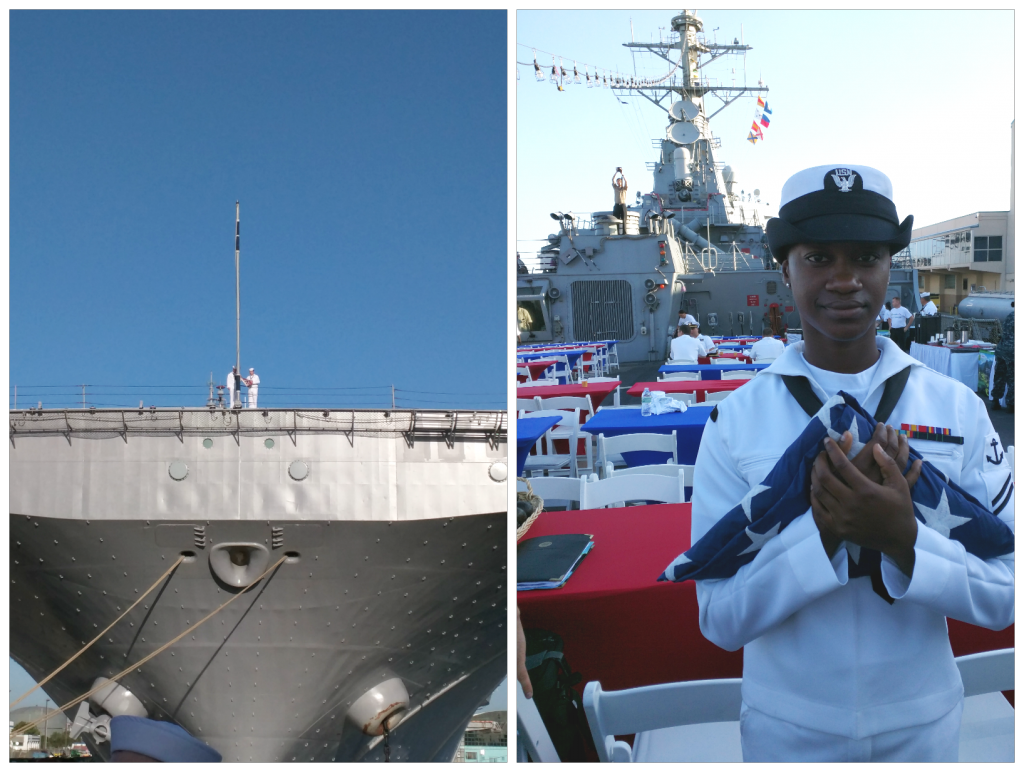 That’s the USS Wasp on the left. Talk about a HUGE boat!

Before we left, we had one final thing to ask of the sailors… 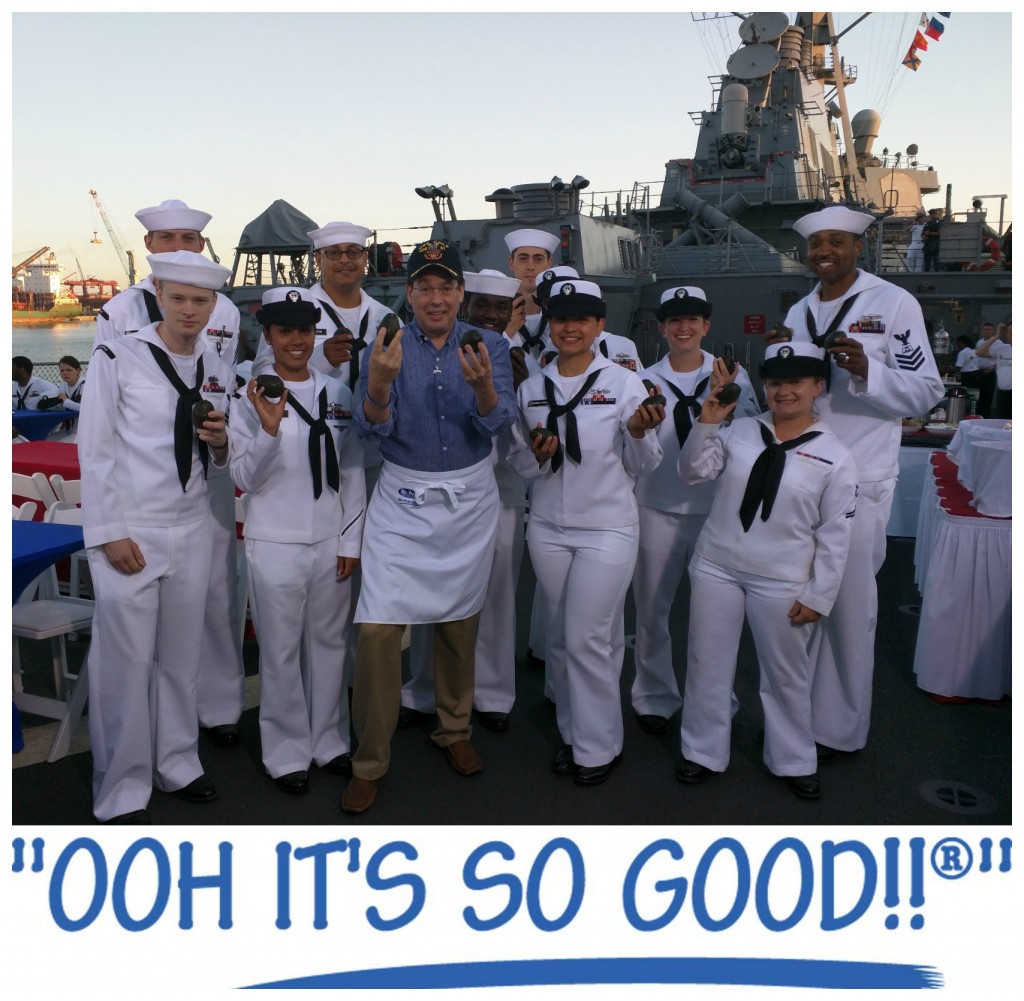 Click here to see the recipe video and to watch the sailors join in on the “OOH, IT’S SO GOOD!!®” with Howard.

Now, I did mention a giveaway, didn’t I? Yep, Avocados from Peru wants everyone to know just how delicious their avocados are, so they’re giving (3) three readers a chance to win a whole case of them! Just imagine all the amazing avocado dishes you can make. I’d start out with a Breakfast Boat in the morning, some fresh guacamole in the afternoon, and an avocado and tomato salad in the evening…

All you have to do to enter is answer this question:

What is your favorite way to eat avocados?

You can also earn a bonus entry by giving our Avocado Breakfast Boats a try and letting us know what you think in the recipe’s comments! 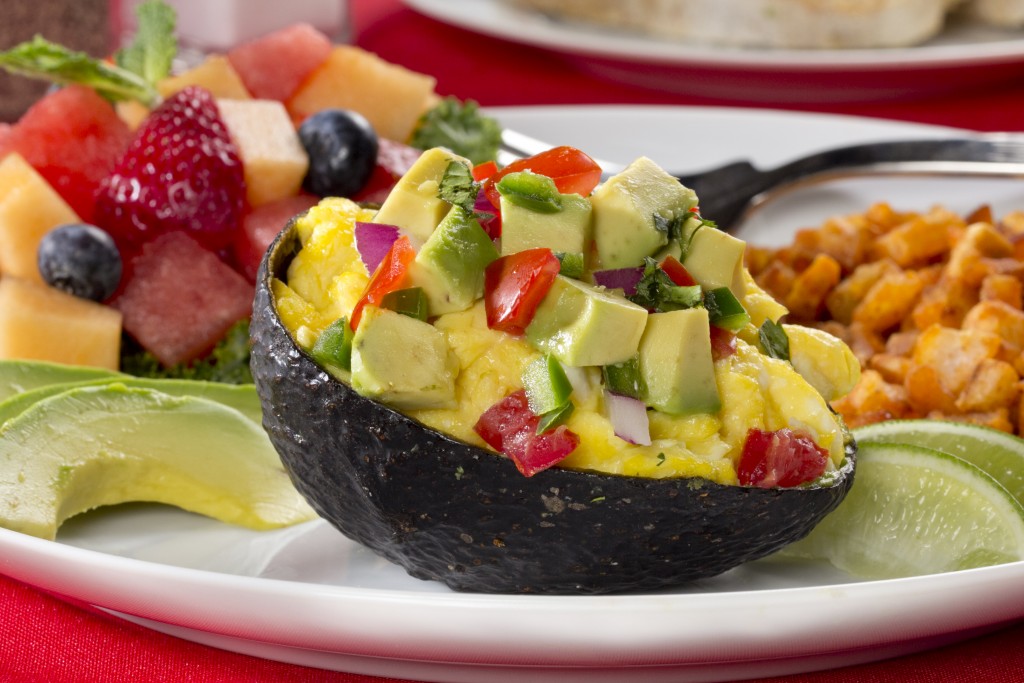 Contest rules and  how to enter are below.

For even more great avocado recipes, visit mrfood.com and avocadosfromperu.com.

GIVEAWAY IS NOW CLOSED- CONGRATULATIONS TO OUR WINNERS!

Be sure to check your email, so we can send you your prize!

Thanksgiving is almost here and Christmas is just around the corner! That means you early planners are already putting together this year's menu. If … END_OF_DOCUMENT_TOKEN_TO_BE_REPLACED

So why am I crazy about the slow cooker? Let me tell you. There is a stereotype that college students live off of microwave pizza, cereal, and instant … END_OF_DOCUMENT_TOKEN_TO_BE_REPLACED