A couple of months ago, I started noticing that my coworkers were bringing salads for lunch more frequently. I guess the warmer weather just makes people crave salads more often. Also, some of our favorite salad ingredients come into their peak season during these months, so it’s easier (and less expensive) to find yummy-tasting ingredients to make them.

Anyway, since we had so much fun with the Test Kitchen Soup Swap at the beginning of the year, I asked everyone if they’d like to do a summer version featuring…you guessed it, salads! Of course, everyone liked the idea. (Have I mentioned that I work with some of the greatest people ever?).

I told everyone that they could make any salad they wanted – green salad, deli salad, fruit salad, etc. I also asked them to let me know why they chose their particular salad. Now that everything is said and done (and we’ve added everyone’s yummy recipes to MrFood.com) I’m sharing them with you in hopes that you’ll discover a tasty new salad to try this summer. 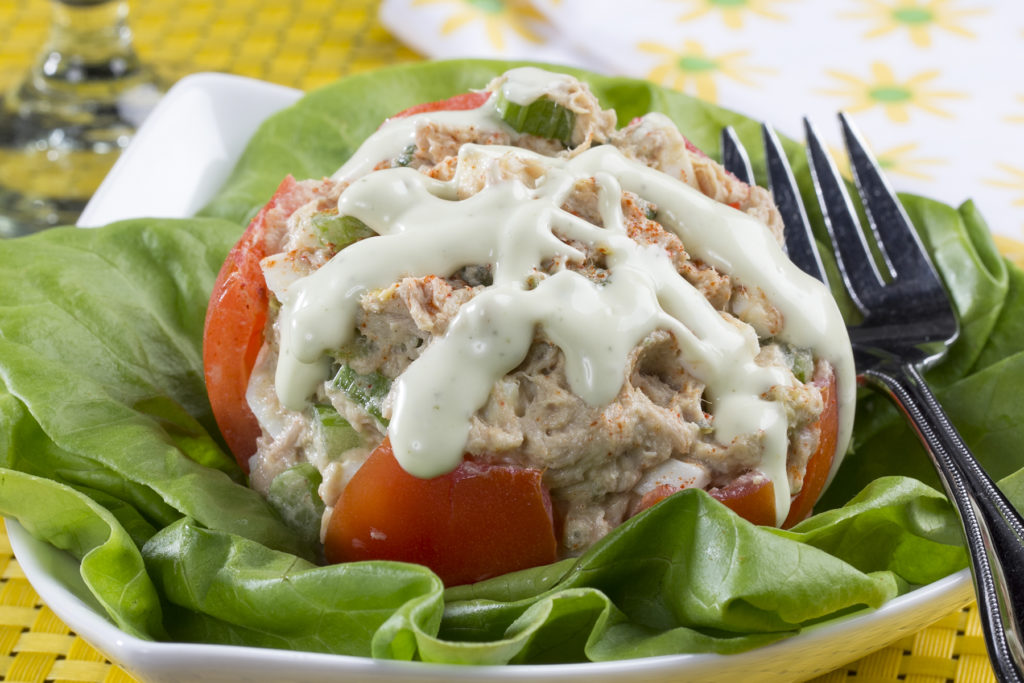 Amy admitted that it took her a while to decide on a salad recipe to make, but one day, she saw Steve (that’s the President of our company) eating his regular tuna salad for lunch, and she was inspired! She said she looked on MrFood.com for a good recipe that she could make ahead of time and that would keep well and transport easy. This one certainly fit the bill.

These were amazing, especially when Amy drizzled some Avocado Ranch dressing over them. 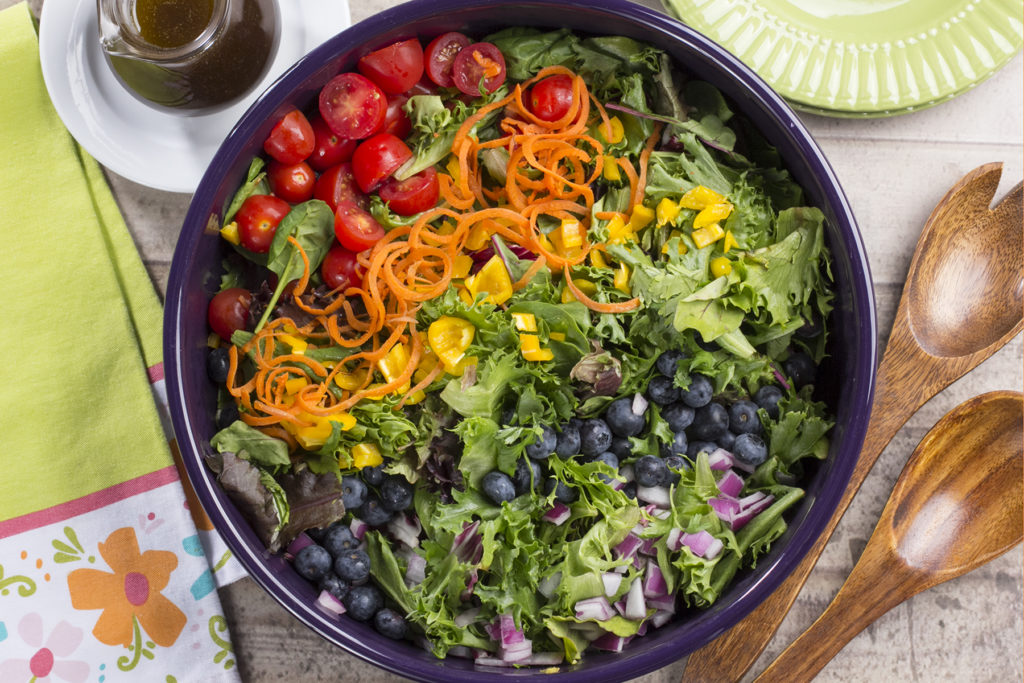 Everyone agreed that this was the prettiest salad they had ever seen. Ana chose it because she said it was an easy way to eat the colors of the rainbow. I think this is the kind of salad that serves double-duty as a jaw-dropping centerpiece too! 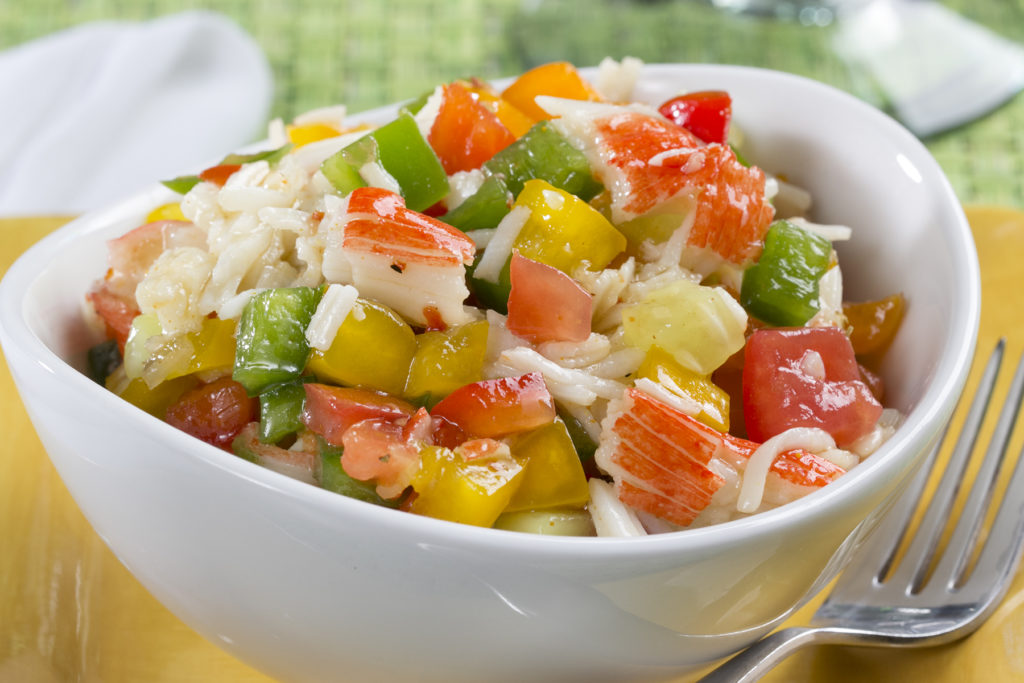 Another salad with a whole lot of color! Yolanda said that this recipe was given to her mother years ago, and she always serves it at large parties. Whenever she does, it’s one of the first things to disappear. She loves that it doesn’t require a lot of ingredients and that it looks so fun. I like that, too!

Yolanda served it with some crackers, which I think is a great idea if you’re setting this salad out at a party. 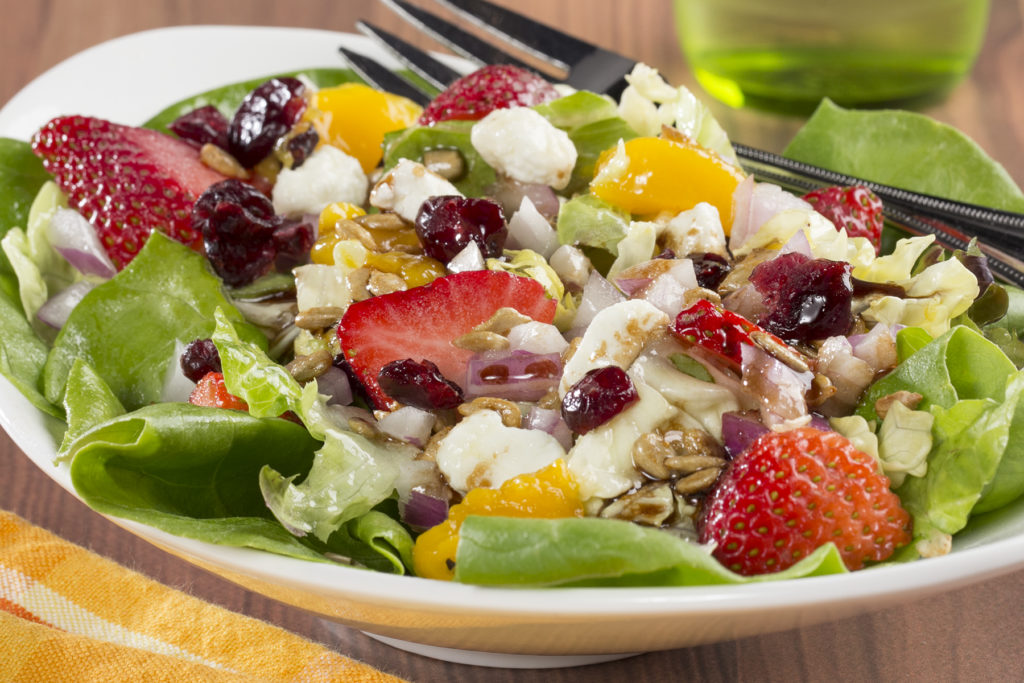 I hear Jaime talk about making this salad for her special get-togethers all the time, so I was happy that she chose to share it with us! She said it’s a recipe her sister shared with her, and that it’s a copycat version of a salad that’s really popular at one of their favorite restaurants. I’m not sure how her sister got ahold of it, but I’m really happy that she did – this salad has some of my favorite summer fruits in it! 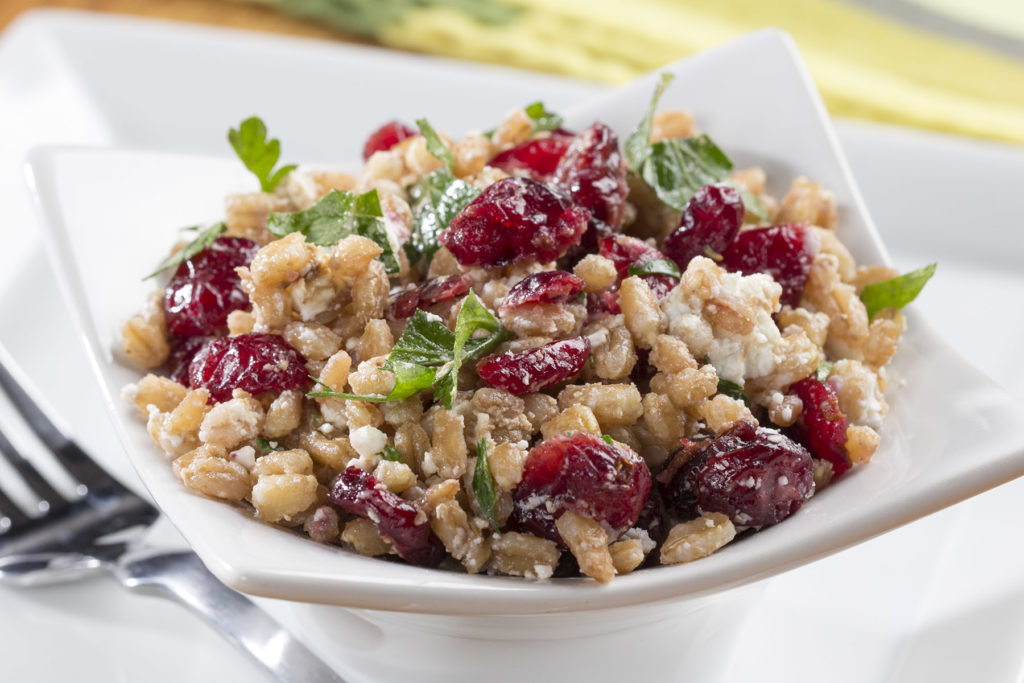 Jodi is our resident health foods-guru, she’s always on top of the latest trends. In fact, she eats more kale than anyone else I know! Earlier this year, she was telling us all about farro, the newest healthy grain to hit your supermarket shelves (just when you were getting used to quinoa). So, it shouldn’t have come as a surprise when she brought in this farro salad for all of us to try. This is a great one to keep eating into the fall, since it’s got a nice, earthy taste. 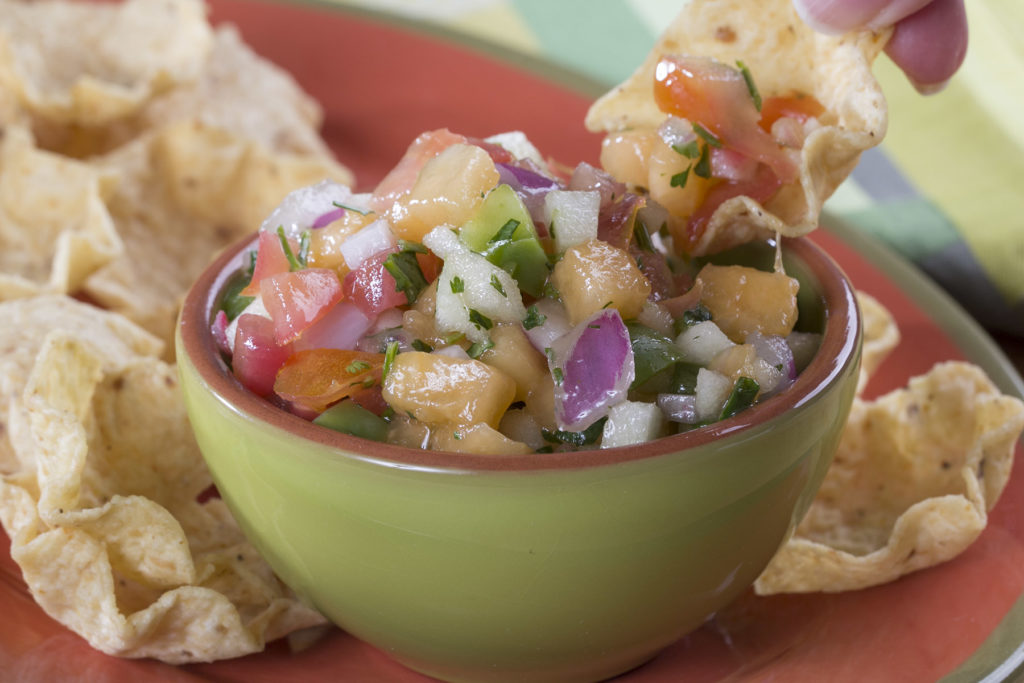 Okay, so I know we named this one a “fruit salsa,” but you could really eat it on its own and call it a fruit salad, too. When Kelly brought this in, it practically disappeared – everyone was digging in. She said she’s had this recipe for a long time. It was one that she got from the chef of one of her favorite beachside restaurants a long time ago. Over the years, she’s done some minor tweaking to get it just right, and now it’s one of her absolute favorites. 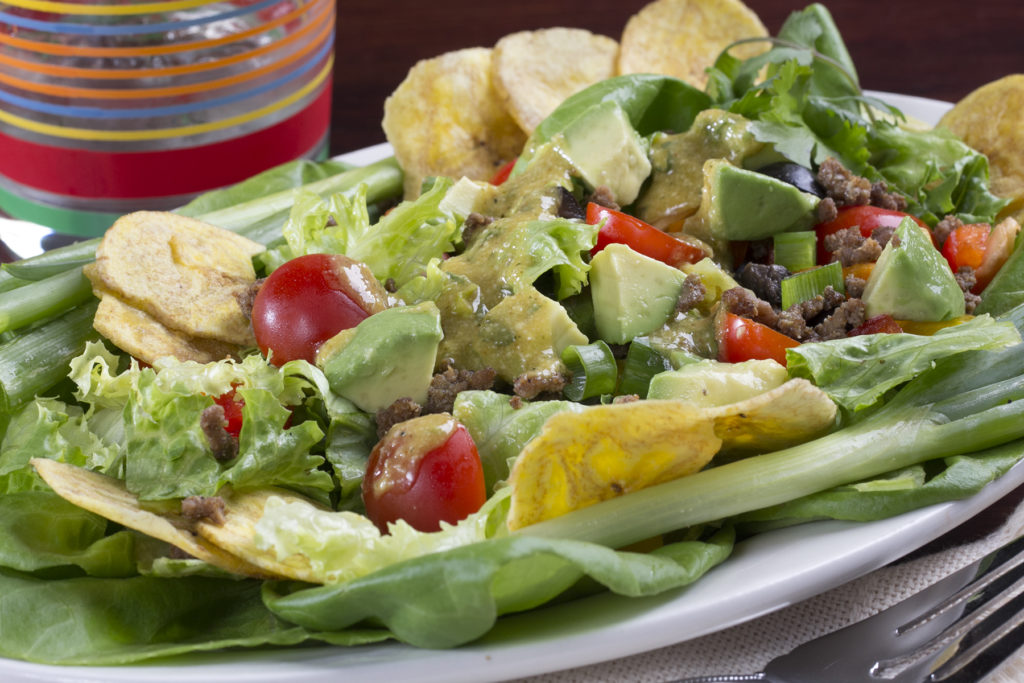 Hands down, my favorite kind of salad is a taco salad. A taco salad is basically a deconstructed taco, which means you can put whatever you would normally put into a taco into your salad. While I like the standard, cheesy and creamy taco salads like this amazing one from MrFood.com, I chose to make a lighter one for anyone who is looking to eat a little healthier in the summer (like I am!).

Thanksgiving is almost here and Christmas is just around the corner! That means you early planners are already putting together this year's menu. If … END_OF_DOCUMENT_TOKEN_TO_BE_REPLACED

So why am I crazy about the slow cooker? Let me tell you. There is a stereotype that college students live off of microwave pizza, cereal, and instant … END_OF_DOCUMENT_TOKEN_TO_BE_REPLACED